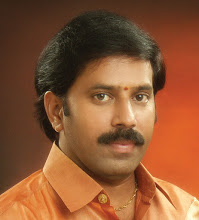 I have been in this profession for 21 years. I started my career as a film journalist in SUPRABATAM (socio political weekly – 1990-1993) BULLITERA (TV & Film magazine – 1993-1994) after that I worked for SUPERHIT FILM WEEKLY from 1994 to 1996 and then I moved to DASARI NARAYANA RAO’s film weekly MEGHASANDESHAM for 3 years after that I worked the same film journalist for well known Telugu daily ANDHRA JYOTHI from 1999 to 2000 and I have been working for well known Telugu Weekly INDIA TODAY since 2001(as a freelancer).

I have had good relations in media management (film,general&business) allover. I participaded in gathering many a noted personality for those ocassions.

I have had very good public relations in TOLLYWOOD. I have been in this profession since 1995. I have been working as a P.R.O for well known stars like DadaSahedFalke Awardy Dr. AKKINENI NAGESHWARA RAO, Padmabhushan Dr. CHIRANJEEVI, Sri NAGARJUNA and Sri VENKATESH